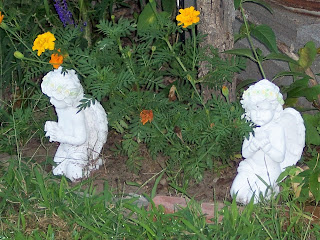 John 7: 16-17 "Jesus answered them, and said, My doctrine is not mine, but his that sent me.
If any man will do his will, he shall know of the doctrine, whether it be of God, or whether I speak of myself."

The story continues. As you know I've been having side effects from Herceptin; pretty major ones too, and I was fearing to go to the doctor. Earlier in the month I had my issues, Hubby had his unending cold/pneumonia, the road crew had their issues with digging up the roads after the flood and my house had its problems with the toilet leaking water all over the floor, in the basement and also the roof needing a major renovation, not having been done in twenty years or so. Then there was the sale of the property and the takeover by the new landlord. Whew, what a month of May, and it isn't even over yet.

The month May blew in with winter still hot on its heels. Yes, winter, meaning 35 degrees at night, meaning heater clicking on during the day, meaning cold in this drafty old house. I don't even know what issue to tackle first. How about small to big?

The flood. Washed out roads all over Nebraska and we being way on the outskirts of town saw our road dwindle and wash away. The graders who tried to grade the road saw there was nothing to grade so a new plan was in place and that was to the pave the old dirt road after I don't know how many years. I know it's been a wish of mine for some time. That was at the end of March and beginning of April but storms and cold kept them from work. A month later in the middle of May, we're now seeing signs of the paved road and people can almost go back to normal. Almost...still a five-mile detour routes and we wait.

The house sale. Sitting at my desk my husband turned to me from his desk announcing, "Well it looks like it's been sold." I knew he was referring to this, I think it was 124 acres of land, out here for sale with our houses on it. I didn't know whether to be happy or relieved that someone might finally come and take care of the place.

Let me refresh your memory. There's my neighbor, who has a nice house but seeing she is hoarder, that niceness gets swallowed up by what we might deem as trash. Then there is the trailer she once rented but kept for her, at one time four dogs, which all have passed except for one. But pallets and empty blowing flower pots, cars and trucks ruin that of ever becoming anything but a trash heap. Hopefully, someone saves the dog.

The landlord came and introduced himself a week later and he seemed like a nice enough man with his wife in tow. I'll just call them Jed & Josie. Good Christian folks too. I don't know, there is something about Christians that exude a living God and well by no mention of religion but casually mentioned they attended church on Sunday, I felt they were good people. He said he'd like to have our dilapidated roof looked at right away before it ever becomes a problem. I like him already!

Year after year each time an internet guy went on the roof he informed us to inform the owner of the bad roof, but nothing was ever done. The old landlord would come around and plow the grass after it got waist high, and trim trees, but year after year the grass and trees came back in full force.

Not this year, this year would be a different year! It would be the year of floods, rain, cold, and nothing but my Salvia flowers survived. That's how cold it got, everything froze under there. May 19th finds us rising to 40 degrees with 38 windchills and our small space heater coming in handy. Mind you it was in the eighties all week.

And wouldn't you know it, this was the week that the toilet would leak, through the roof, to the basement and an ensuing mess followed. This landlord was not concerned with a patch job on the toilet, like the previous landlord had been for years, no, he wanted to rip up the floor, have the toilet fixed and new tile laid! He wasted no time!

Now the roof. What should have taken one day to redo, they were met with numerous patch jobs from the previous owner, and had a four-day job on their hands! They were going to come Wednesday but changed it to Thursday. Thursday at six am. they arrived. By afternoon it was quite obvious the job would not be done in a day and by Sunday after much death of plants and destruction of what little garden I had, was now gone.

And to top it off, the owner on Saturday decided to rip down thirty-year-old trees that were breaking up concrete in his huge shed. The trees needed to come down. But on the day of the roofers? My anxiety hit an all-time high and an attack ensued. I was being picky, wasn't I? I had tolerated the barbaric treatment of my garden for three days but this day hubby had to work.

I was good the other days sleeping through much of the chaos but Saturday, the neighbor who was now roofer, allowed his kids over and the screaming kids and hollering men mixed with hammering, banging, and heavy machinery moving trees, yanking trees out by the roots, and 100lb. me in a wheelchair. The pain was at an all-time high, everything happening blindly overhead and the curtains weres drawn tightly closed so as not to see the animosity surrounding me. Hubby came home around two pm. to make sure I was okay and I wasn't. Full-blown anxiety attack!

I won't share the ugliness of it all but by Sunday I was feeling somewhat better, but guess what, by the end of Sunday it started to rain and they were ALMOST finished. Really just a matter of cleaning their mess which they would tie down and come for on Monday. Monday came...and they didn't.

The owner came Monday, in the rain and had his Bobcat move a lot of the material tied down, and a bucket to the roofers' other piece of equipment. One trailer still smashing my plants and garden ornaments stayed (about twenty-foot long) and another sits out in the middle of the lawn smashing the saturated grass.

Chin up, Joni! Two doctor appointments today and one tomorrow, you NEED your strength for the unfinished paved but muddy roads. The Lord has tossed me a cyclone and I'm making a small tornado out of the situation. I have no choice. I'm sick, the events are upon me and I have to move on. We still have two more days to get through and the weatherman says about two-and-a-half inches of rain before all is said and done, on a state that has already declared flood disaster. Lord be with me NOW!


Prov. 4:10-11 "Hear, O my son, and receive my sayings; and the years of thy life shall be many. I have taught thee in the way of wisdom; I have led thee in right paths.
25-26 Let thine eyes look right on, and let thine eyelids look straight before thee.
Ponder the path of thy feet, and let all thy ways be established." 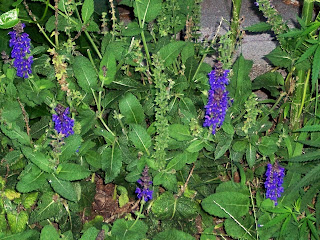 Sounds like a hell of a mess, Joni! But ... this new landlord is moving on thingss, with a will, and you can see progress. Had the weather cooperated I daresay the repairs, and paving, would be through. Soon enough you'l be able to resurrect your garden.

No indication of a raise in rent? Pray on that!

Praying for you Joni. Love you sister.

Oh trust me, there was/is a mound of blessings in all of this. Having a great landlord who just last night told us he wanted rainspouts put in. Had all of this been done by the previous owner, he would not have walked in on all of the damages. He knows this and knew it when he bought it and was up to the challenge, most rich people are. :)

The road is more of an anxious thing knowing your kind of tied to one exit, kind of eerie when that one exit is flooded out by yet ANOTHER storm! We need a good drying out before the paving can be finished. I'm okay with that because I WILL get to spend time enjoying a paved asphalt road after ten years of mud and gravel!

The garden. God resurrected it and God will make it rise again. I've done nothing. Can't get out there so whatever is out there is all His doing! What good is life and gardens good for without trial? Absolutely nothing!

Please, don't jinx my rent situation. No mention, no care, all will be in His hands!

Thank you for stopping by and seeing my mess. I need to clean up the place. ;)
Love ya!

joni
Psalm 59:16 "But I will sing of thy power; yea, I will sing aloud of thy mercy in the morning: for thou hast been my defence and refuge in the day of my trouble."

A note from Author:

One World - One Voice 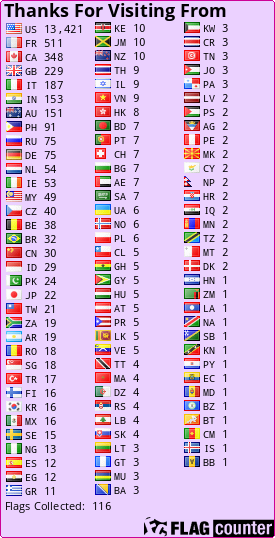 The World Has Spoken